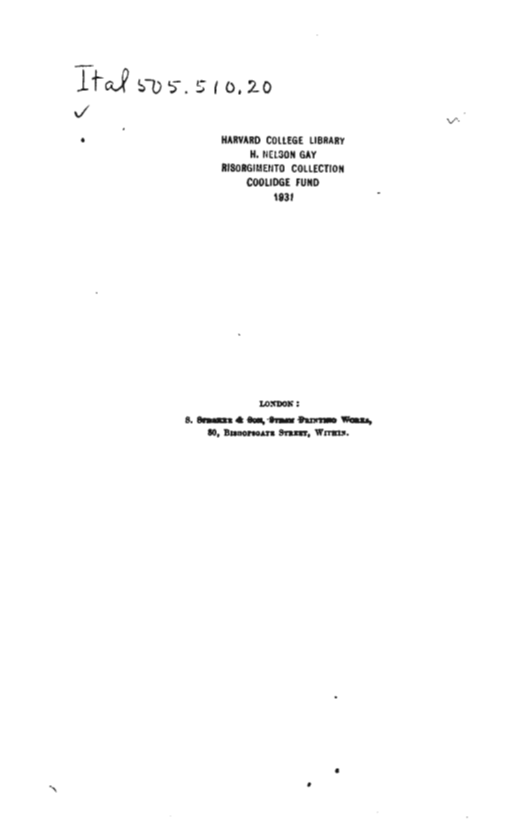 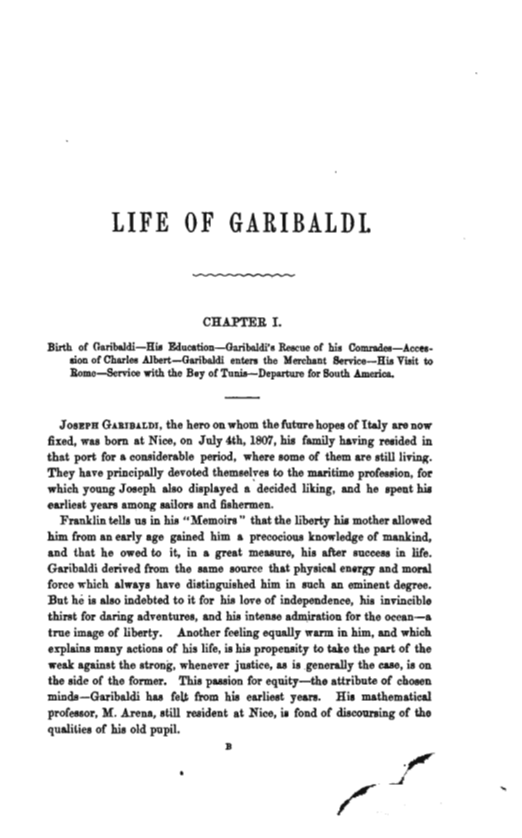 JosEPH GARIBALDI, the hero on whom the future hopes of Italy are now fixed, was bom. at Nice, on July 4th, 1807, his family having resided in that port for a considerable period, where some of them are still living. They have principally devoted to the maritime for which young Joseph also displayed a decided liking, and he spent his earliest years among sailors and fishermen.

Franklin telln us in his "Memoirs" that the liberty his mother allowed him from an ea:rly age gained him a precocious knowledge of mankind, and that he O'wed to it, in a great measure, his after success in life. Garibaldi derived from the same source that physical energy and moral force which ahrays have distinguished him in such an eminent degree. But he is also indebted to it for his love of independence, his invincible thirst for daring adventures, and his intense adm,iration for the ocean-a true image of liberty. Another feeling equally warm in him, and which explains many actions of his life, is his propensity to take the part of the weak against the strong, whenever justice, as is generally the case, is on the side of the former. This passion for equity-the attribute of chosen minds-Garibaldi has felt from his earliest years. His mathematical professor, M. Arena, still resident at Nice, ia fond of discoursing of the qualities of his old pupil.