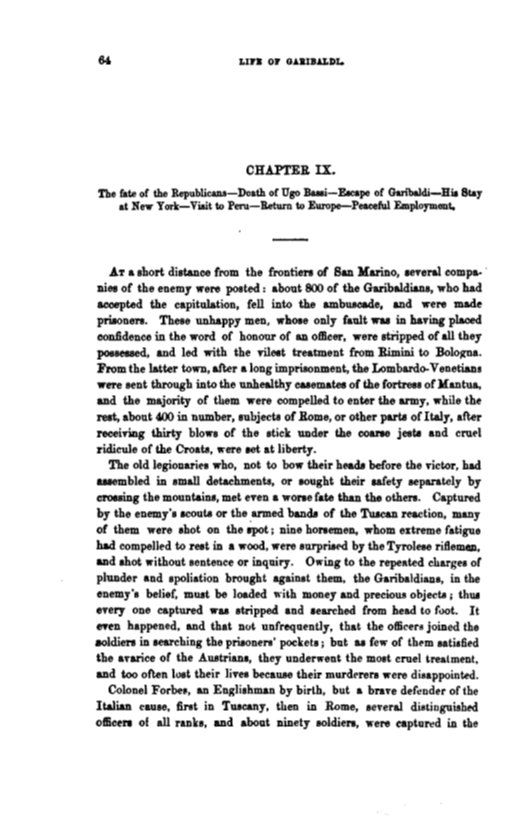 AT a short distance from the frontiers of San Marino, several compa. · nies of the enemy were posted : about 800 of the Garibaldians, who had accepted the capitulation, fell into the ambuscade, and were made prison.ers. These unhappy men, whose only fault wu in having placed confi.d. ence in the word of honour of an officer, were stripped ofall they posse11sed, and led with the vilest treatment from Rimini to Bologna. From the latter town, after a long imprisonment, the Lombardo-Venetians were 11ent through into the unhealthy casemates of the fortress ofMantua, and the majority of them were compelled to enter the army, while the rest, about 400 in number, subjects of Rome, or other parts ofltaly, after receiving thirty blows of the stick under the coarse jesta and cruel ridicule of the Croats, were aet at liberty.

The· old legionaries who, not to bow their heads before the victor, had asaembled in small detachments, or sought their safety separately by crossing the mountains, met even a worse fate than the others. Captured by th1' enemy's scouts or the .armed banda of the Tuscan reaction, many of thE!m were shot on the apot; nine horsemen, whom extreme fatigue bad compelled to rest in a wood, were surprist-d by the Tyrolese riflemen, and alwt without sentence or inquiry. Owing to the repeated charges of plunder and spoliation brought against them, the Garibaldians, in the enemy's belief, must be loaded with money and precious objects ; thua every one captured was stripped and searched from head to foot. It e-ren happened, and that not unfreqnently, that the joined the aoldie1rs in searching the prisont>rs' pockets; but as few of thl'm satisfied the a1·arice of the Austrians, they underwent the moat cruel treatment, and too often h>st their lives because their murderers were disappointed.

Colc>nel Forbes, an Englishman by birth, but a brave defender of the Italian cause, first in Tuscany, then in Rome, several distinguished officer:• of all ranks, and about ninety soldiers, were captured in the 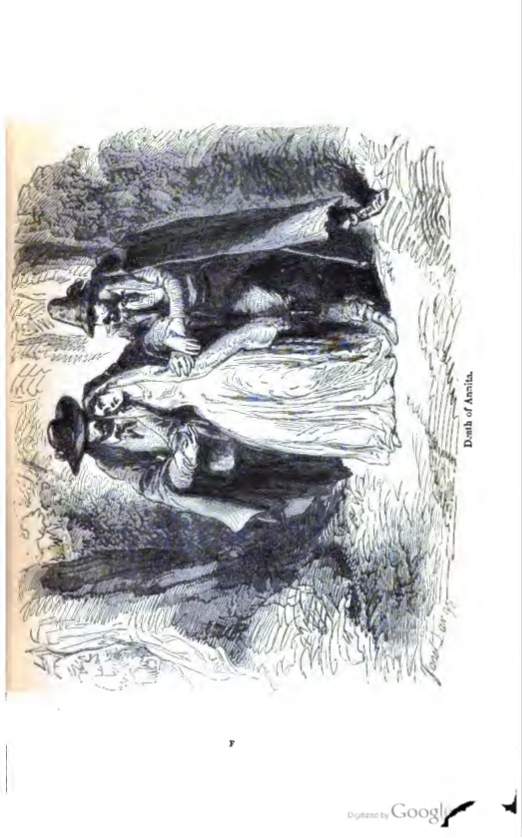