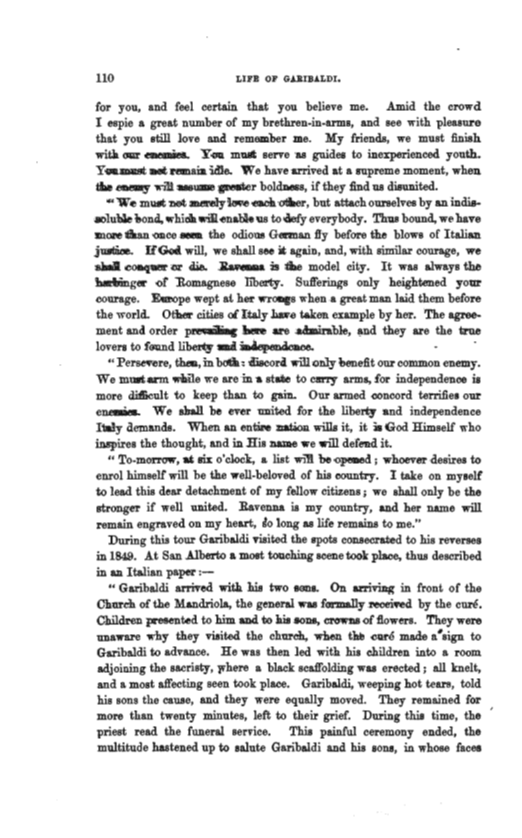 for you, and feel certain that you believe me. Amid the crowd I espie a great number of my brethren-in-arms, and see with pleasure that you still love and. remember me. My friends, we must finish with ou eaemies. Y.n mUift serve ·as guides to inexperienced youth. Y 'liJIIl.UimJt liiGJil; idle. We have a.rrived at a supreme moment, when tLe em-,y -..i!Ja :assurme boldness, if they find us disunited.

'"'\lle mut9t 'D0't meM1ylli!we -each·atlzer, but attach ourselves by an indis­ l!lond, whidhl'lli!lil.ena.Hice us to •&fY everybody. Thus bound, we have mOl'e 'Once semt the odious Garman fly before the blows of Italian HGo« will, we shall see it again, and, with similar courage, we sW :or die. is <ilbe model city. It was always the harbinger .Of 'Romagnese liberty. Sufferings only heightened your courage. Ev,ope wept at her wrODgs when.a great man laid them before the world. Other cities of Italy .hlwe takeR example by her. The agree­ ment :md order h!!te ue :a&mmlble, they are the true lovers to fGlllld 1IIBli

"To-morrow,1111; sis: o'clock, a list Wl'lil be·opeDed; whoever desires to enrol himself will be the well-beloved of his country. I take on myself to lea(l this dear detachment of my fellow citizens; we shall only be the stronger if well united. Ravenna is my country, and her name will remain engraved on my heart, long as life remains to me."

Dw·ing this tour Garibaldi visited the spots consecrated to his reverses in 1849. At San Alberto a most touching scene took place, thus described in a.n Italian pape-r :­

" Garibaldi arrived with his two soos. On arriving in front of the

Church of the Mandriola., the general was f<!n'mlllly .received by the cure.

presented to him and to :his sons, crow:ns Qf flowers. They were

unaware why they visited the church, when the cut"e made a ..sign to

Garibaldi to advance. He was then led with his children into a room

adjoining the sacristy, }Vhere a black scaffolding was erected; all knelt,

his sons the cause, and they were equally moved. They remained for

more than twenty minutes, left to their grief. During this time, the

priest read the funeral service. This painful ceremony ended, the

multi1;ude hastened up to salute Garibaldi and his sons, in whose faces 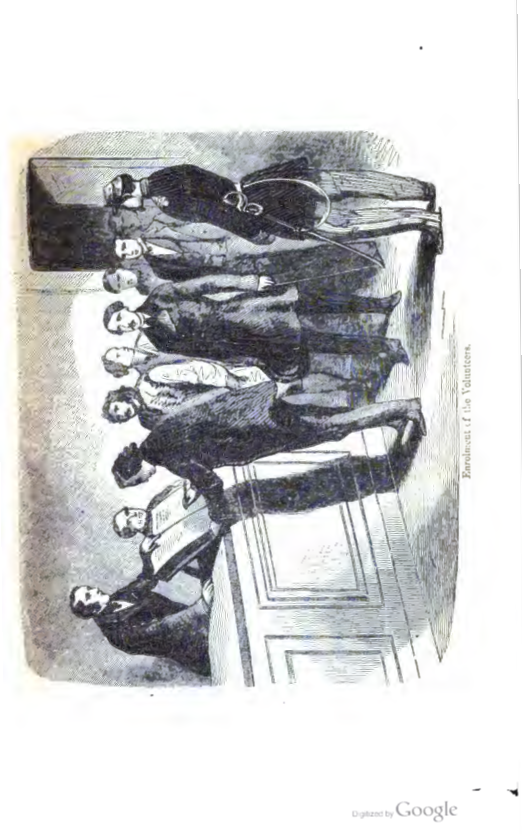