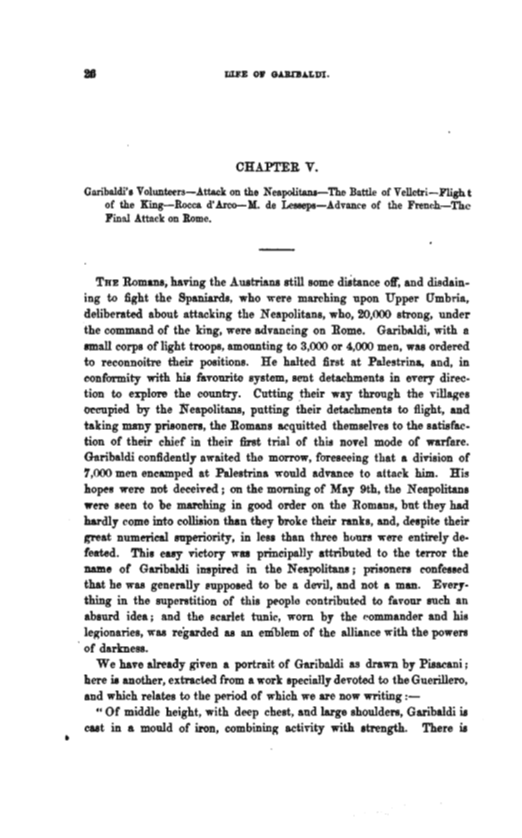 THE Jtomans; having the Austrians still some diStance off, and disdain­

ing to fight the Spaniards, who were marching upon Upper Umbria,

deliberated about attacking the Neapolitans, who, 20,000 strong, under

the command of the kiug, were advancing on Rome. Garibllldi, with a

to recot1noitre their positions. He halted first at Palestrina, and, in

conformity with his favourite system, sent detachments in every direc­

tion to explore the country. Cntting their way through the villages

occupied by the eapolitans, putting their detachments to flight, and

taking n:umy prisoners, the Romans acquitted themselves to the satisfac­

tion of chief in their first trial of this novel mode of warfare.

Garibal(Li confidently awaited the morrow, foreseeing that a division of

?',000 encamped at Palestrina would advance to attack him. His

hopes were not deceived ; on the morning of May 9th, the Neapolitans

were seen to be marching in good order on the Romans, bnt they had

hardly come into collision than they broke their ranks, and, despite their

feated. This easy victory wa principally attributed to the terror the

name of Garibaldi inspired in the Neapolitans; prisoners confessed

that he was generally Pnpposed to be a devil, and not a man. Ever.r­

absurd ildea; and the scarlet tunic, worn by the and his

legionaries, was regarded as an em'blem of the alliance with the powers , of darlmess.

We already given a portrait of Garibaldi as drawn by Pisacani;

here ie another, extracted from a work specially devoted to the Guerillero,

and whic!h relates to the period of which we are now writing :­

" Of middle height, with deep chest, and large shoulders, Garibaldi is

cast in a mould of iron, combining activity with strength. There is 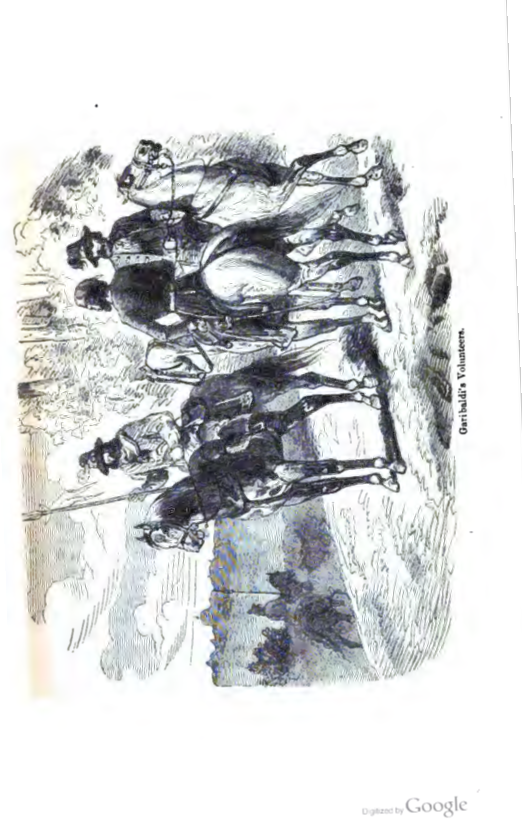