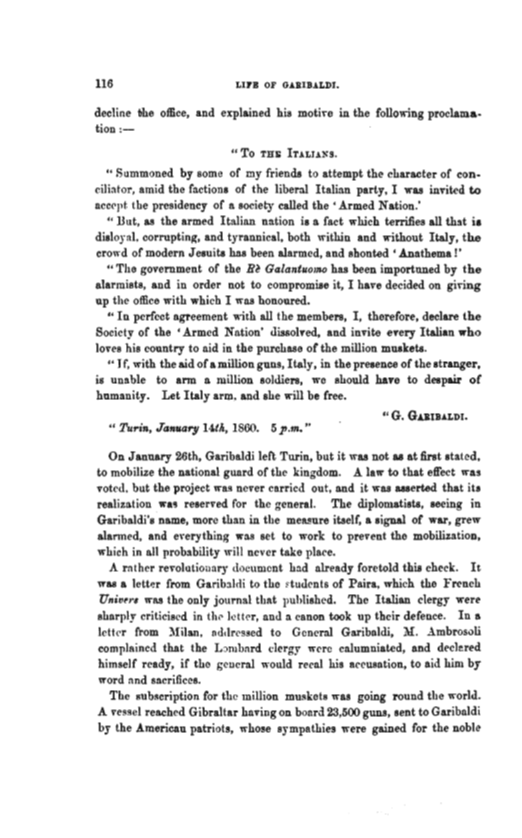 decline bhe office, and explained his moth·e in the following proclama­ tion:-­

" To TB!il ITALIANS. "S u mmoned by some of my friends to attempt the character of con­ ciliator, amid the factions of the liberal Italian party, I wa.s invited to nccPpt the presidency of a society called the 'Armed Nation.' "llut, a.s the armed Italian nation is a fact which terrifies all thst ia disloyal , corrupting, and tyrannical, both within and without Italy, the crowd of modern Jesuits ha.s been alarmed, and shouted 'Anathema!• " The government of the Galantuomc has been importuned by the alarmists, and in order not to compromise it, I have decided on giving up tlw office with which I was honoured. " In perfect agreement with all the members, I, therefore, declare the Society of the 'Armed Nation' ilissolved, and invite every Italian who loves his country to aid in the pur chase of the million muskets. "J f , with the aid ofa million guns, Italy, in the presence of the stranger, is unable to arm a million soldiers, we should have to despair of humanity. Let Italy arm, and she will be free.

On January 26th, Garibaldi left Turin, but it wa.s not as at first stated, to molbilize the national guard of the kingdom. A law to that effect was v ot e d . but the project was never carried out, and it wa.s asserted that its was reserved for the general. The diplomatists, seeing in Garibaldi's name, more than in the measure itself, a signal of war, gre'v alanned, and c\·erything was set to work to prevent the mobilization, whid1 in all probability will never take place.

A rather revolutionary document had already foretold this check. It

was a from to the of Paira, which the French

Uni v fr8 was the only j ournal thnt puhlishcd. The Italian clergy were

sharp l y criticised in thP lettl'r, nnd a canon took up their defence. In a

himself ready, if the general would recal his accusation, to aid him by

Th e Kubscription for the million muskets was going round the world.

A r eached Gibraltar having on bonrd 23,500 guns, sent to Garibaldi

by the American patriots, whose sympathies were gained for the noble 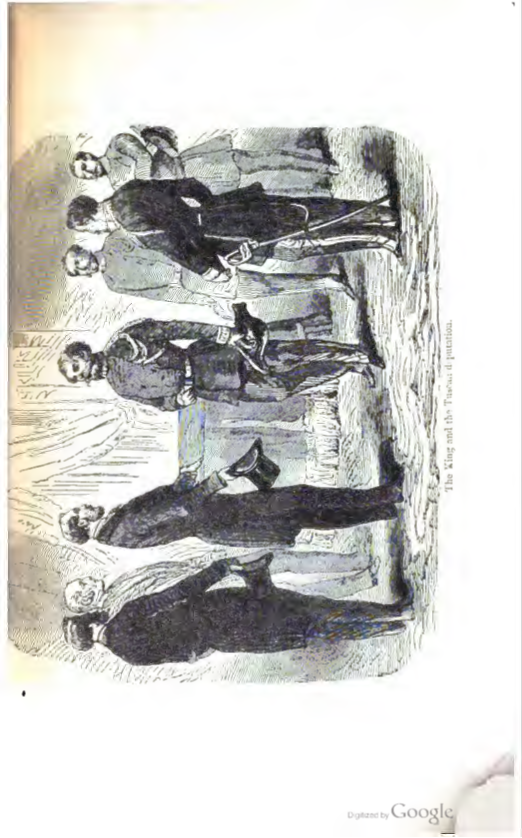