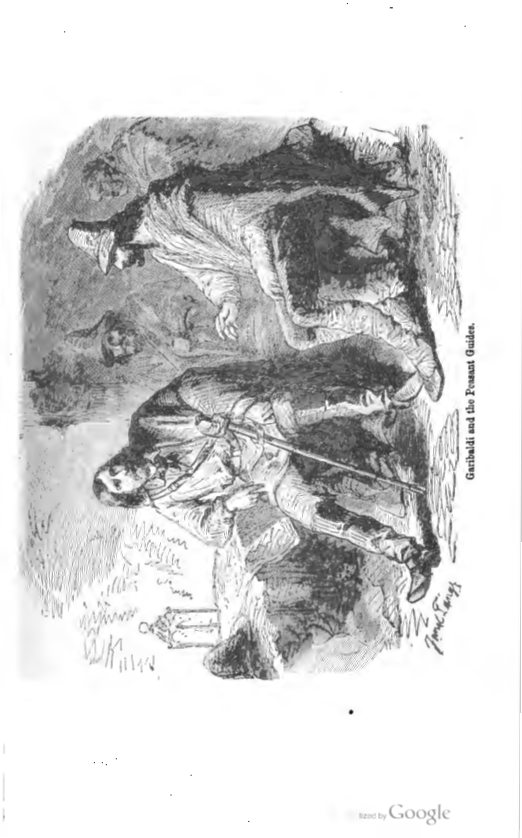 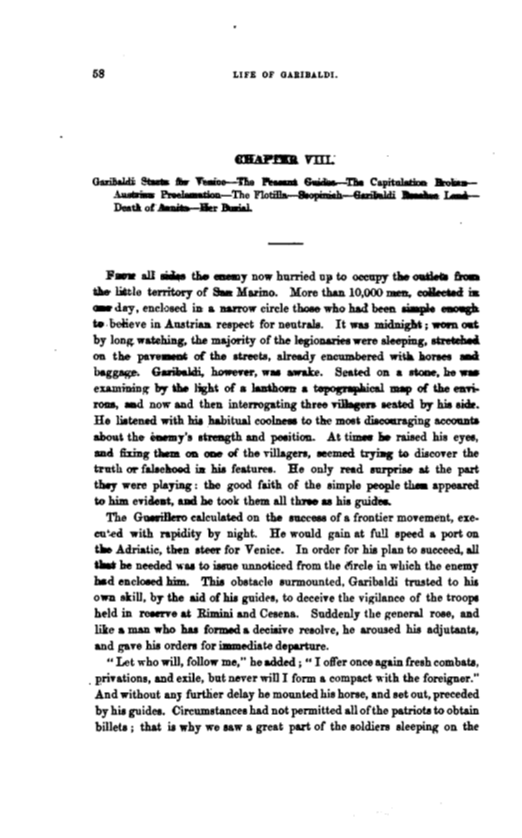 The Glllrillero calculated on the success of a frontier movement, exe­

cu•.ed with rapidity by night. He would gain at full speed a port on

tJ.e Aclriatic, steer for Venice. In order for his plan to succeed, all

tW h.! needed waa to issue unnoticed from the in which the enemy

J.d enclOIIed him. This obstacle surmounted, Garibaldi trwted to hi6 own skill, by the aid of his guides, to deceive the vigilance of the troops held in reMrTe at Rimini and Cesena. Suddenly the general rose, IUld like a man who has formed a deciaive resolve, he aroused his adjutants, and gue his orders for immediate departure.

"Let who will, follow me," he added ; " I offer once again fresh combats,

. privations, and exile, but never will I form a compact with the foreigner." And without any further delay he mounted his horse, and set out, preceded by his guides. Circumstances had not permitted all ofthe patriots to obtain billets ; that is why we saw a great part of the soldiers sleeping on the